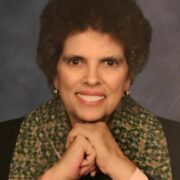 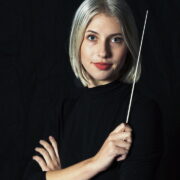 Melanie Chambers holds a Bachelor of Arts (BM) in Music Education with Vocal Concentration from Rutgers University – Mason Gross School of the Arts (May 2016), where she was in the Dean’s List every year, acknowledged as a Rutgers Trustee Scholar (2012-2016) and recognized as a National Merit Scholar from 2011 to 2016. Since August 2016 she has been the Choral Director for Highland Park High School and Middle School, where she directs all choral activities including responsibilities for the music for the Spring musical. From 2014 to 2016 she served as the Music Coordinator for the Livingston Theater Company and since 2016 she has been the Associate Conductor of the New Jersey Chamber Singers.

Melanie has freelanced as a soprano section member and soloist for different churches and ensembles for the last several years. She has also sung with our choir on several occasions, including being featured as a soloist in a presentation of Handel’s Messiah and, just this month, at the service honoring our past Choir Director William R. Shoppell, Jr. 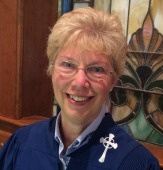 Kim Gaydos serves as Church Secretary.  This is the first person many mid-week visitors to the church encounter during the week. Kim handles the complex support services for all the ministries of the church, and directs members and visitors alike to the places they may have their spiritual needs met and realize their own gifts for ministry.